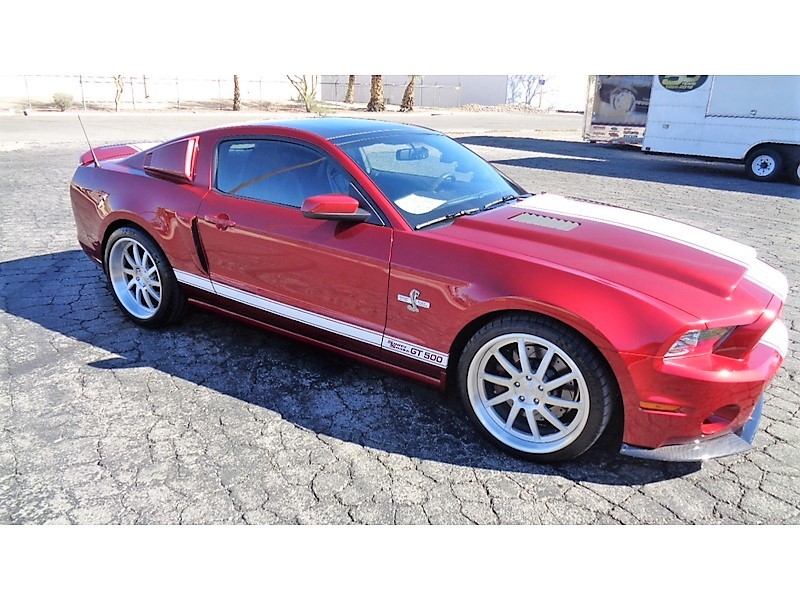 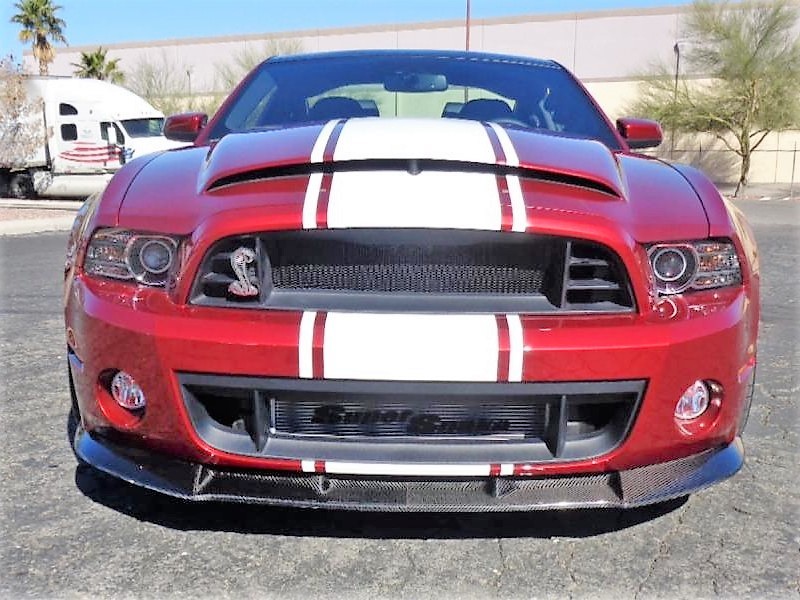 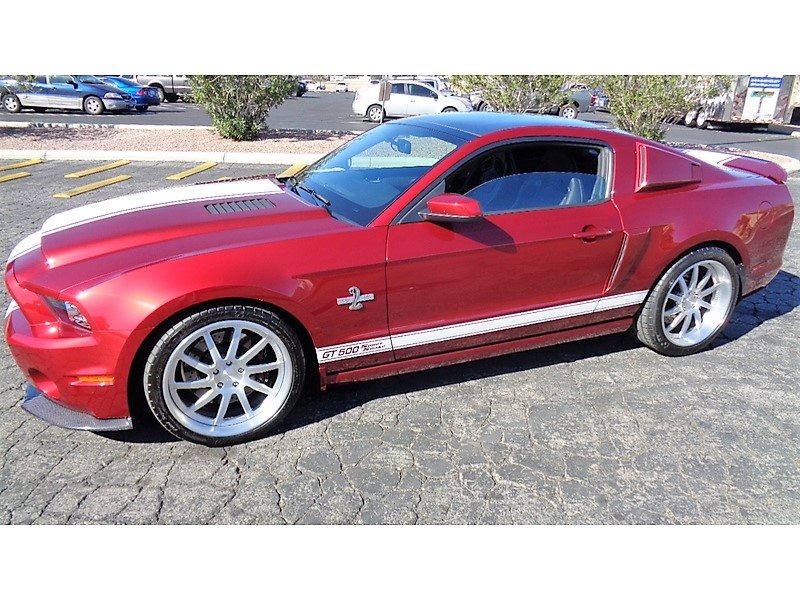 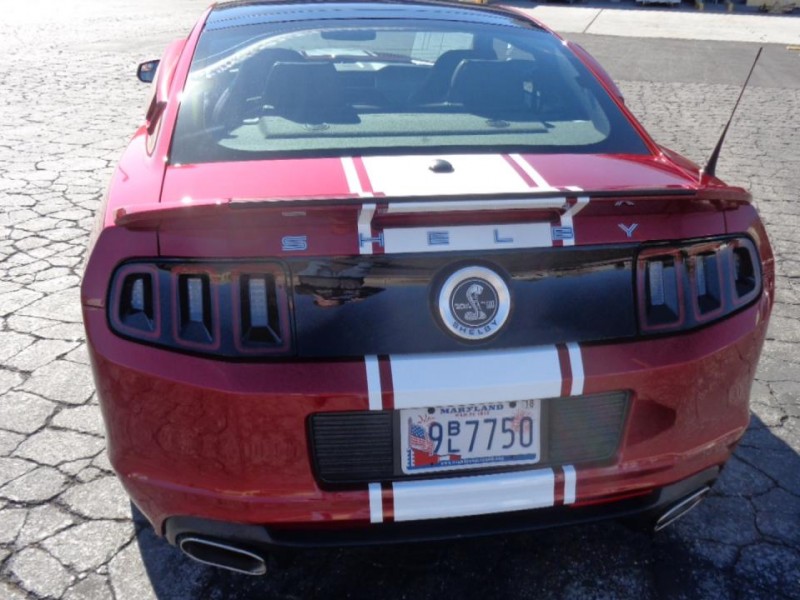 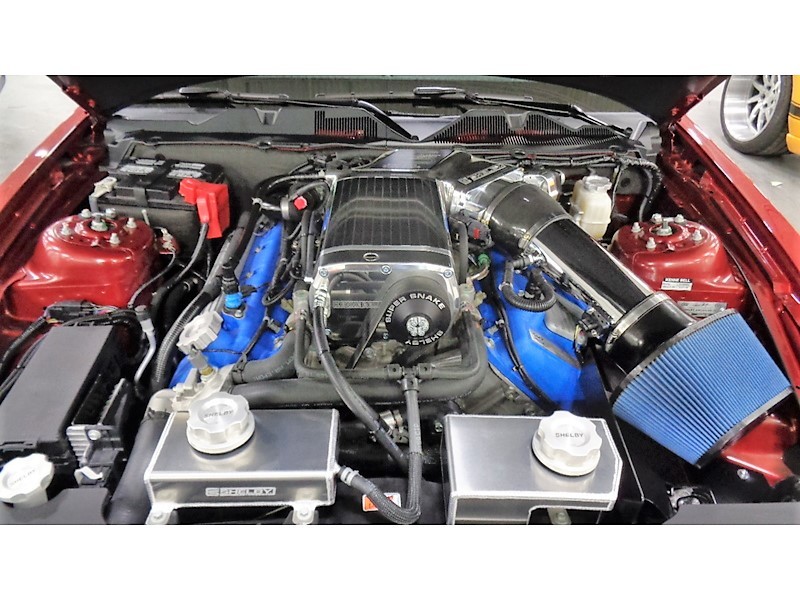 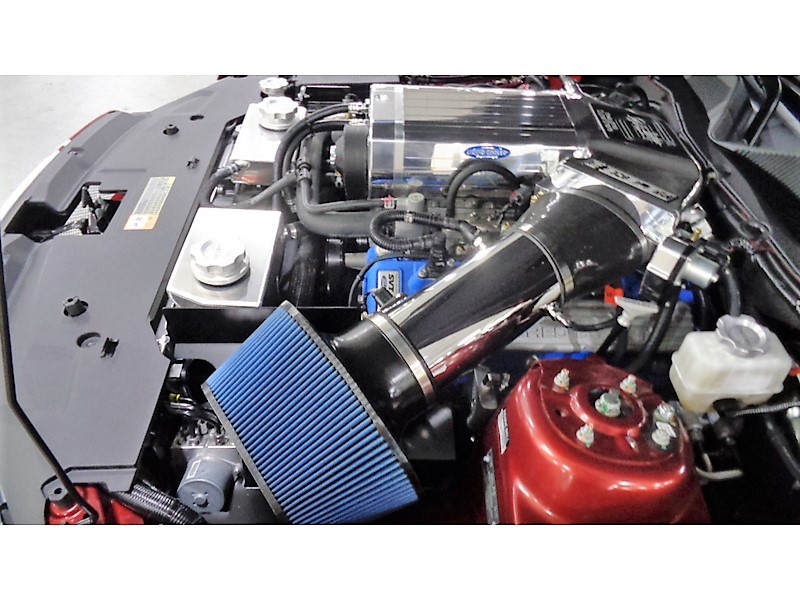 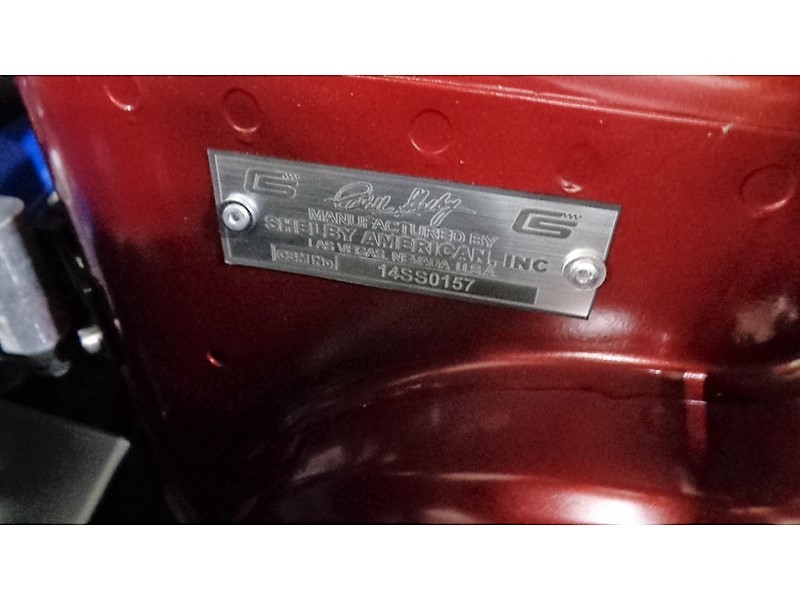 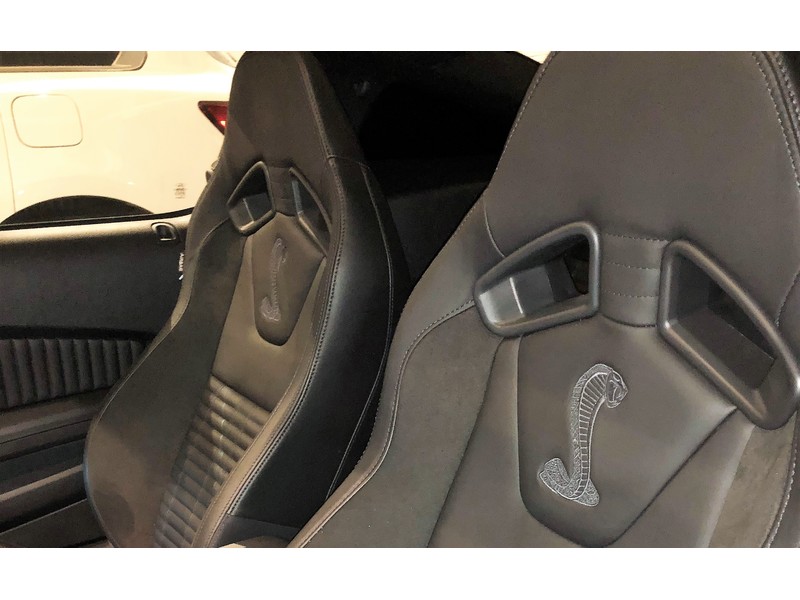 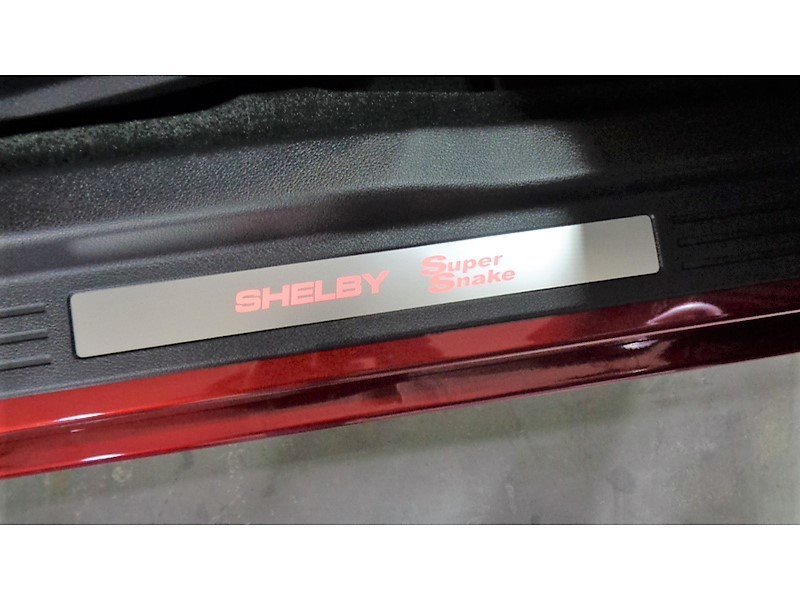 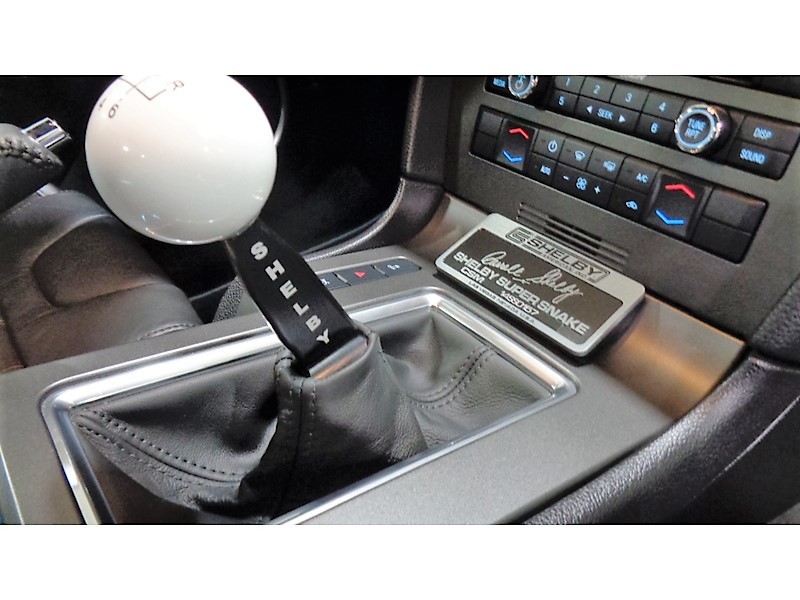 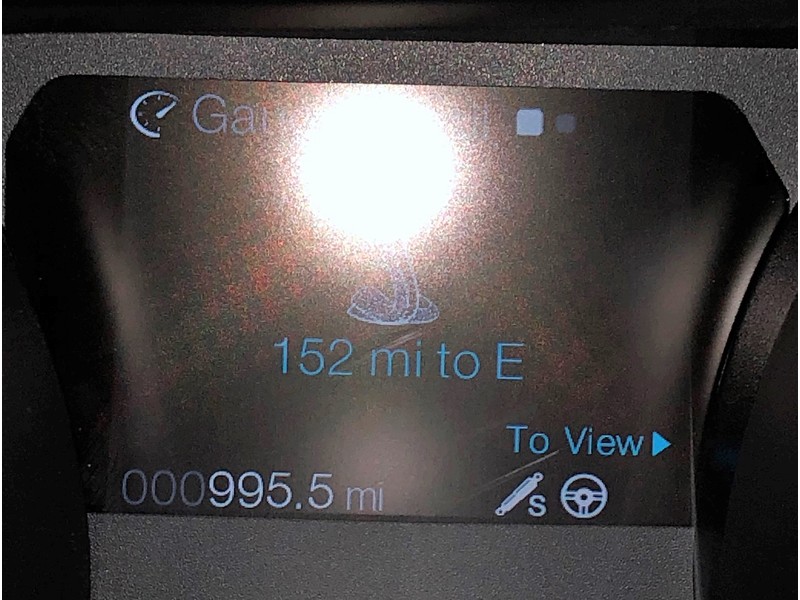 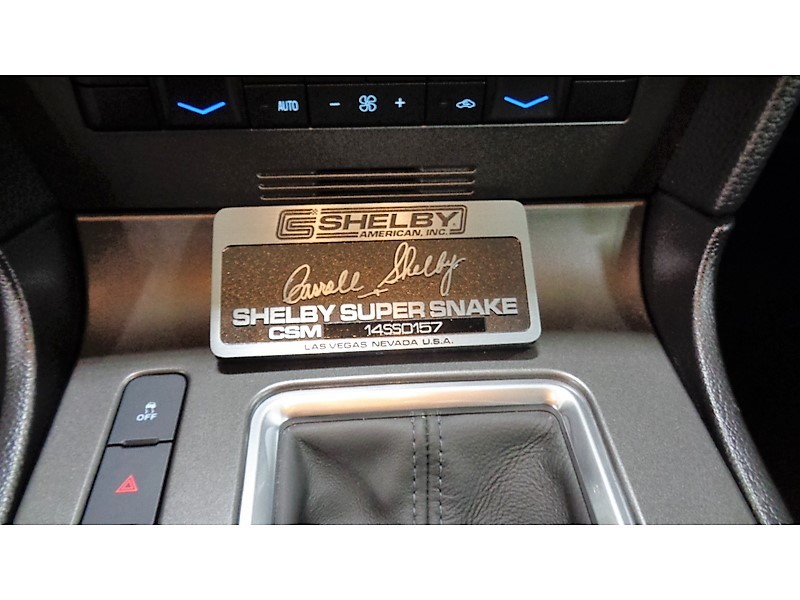 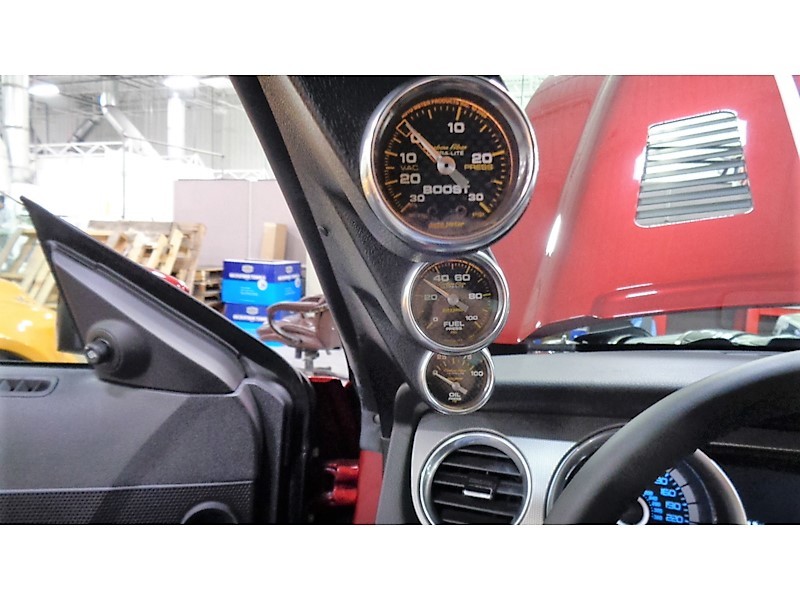 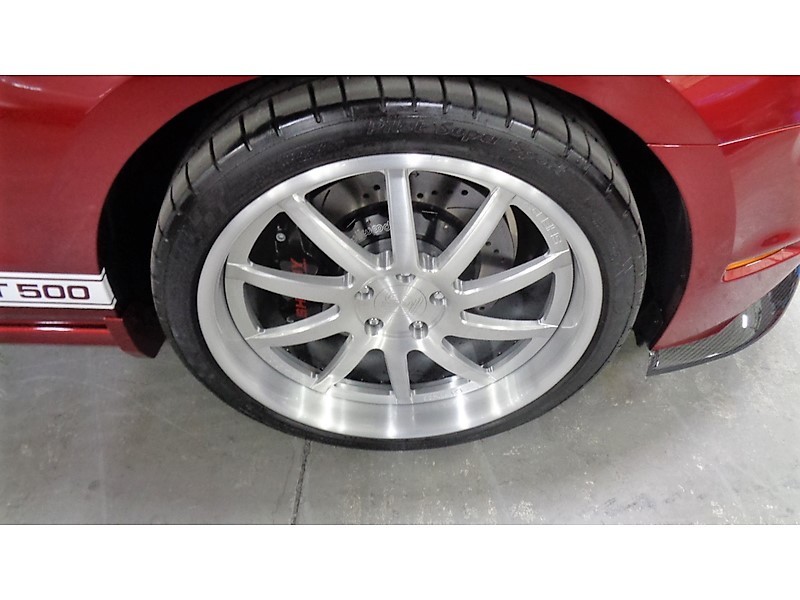 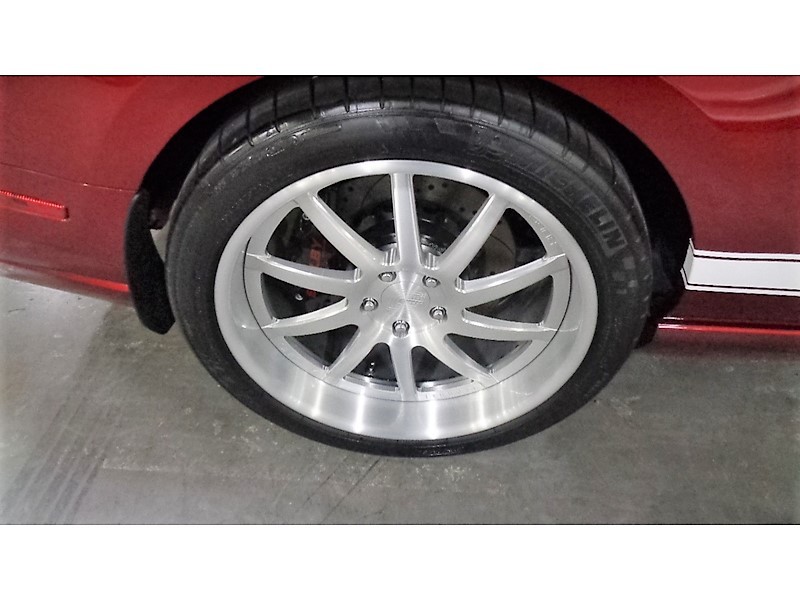 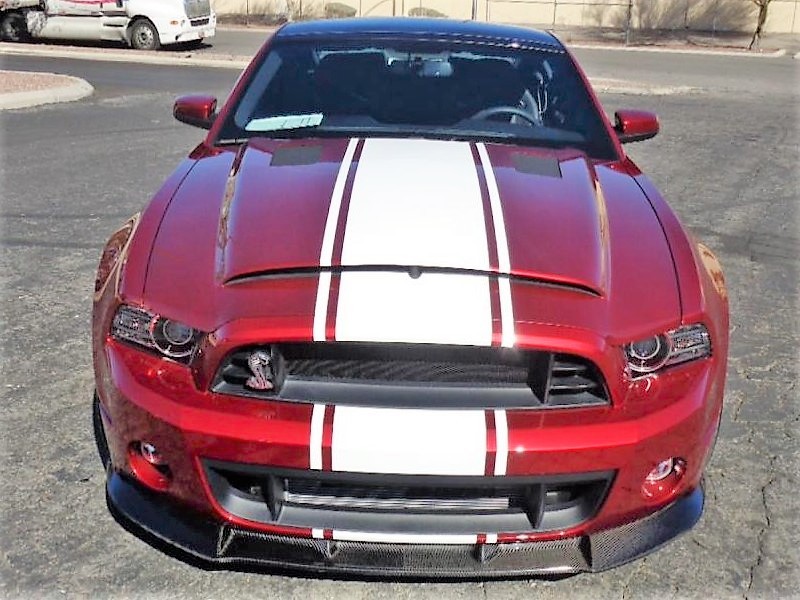 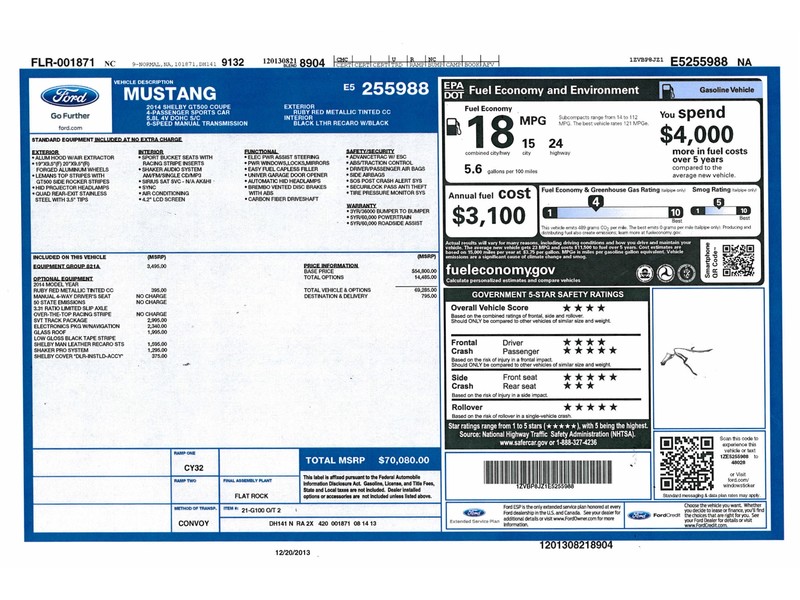 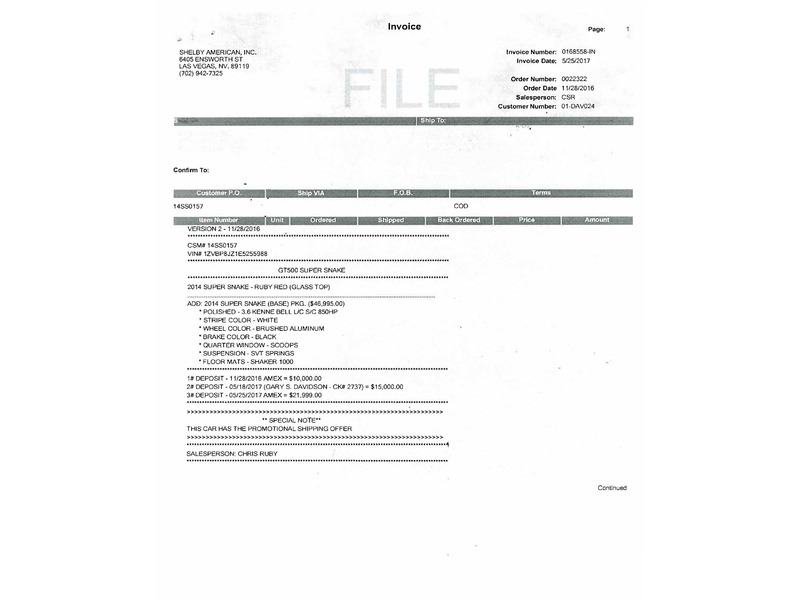 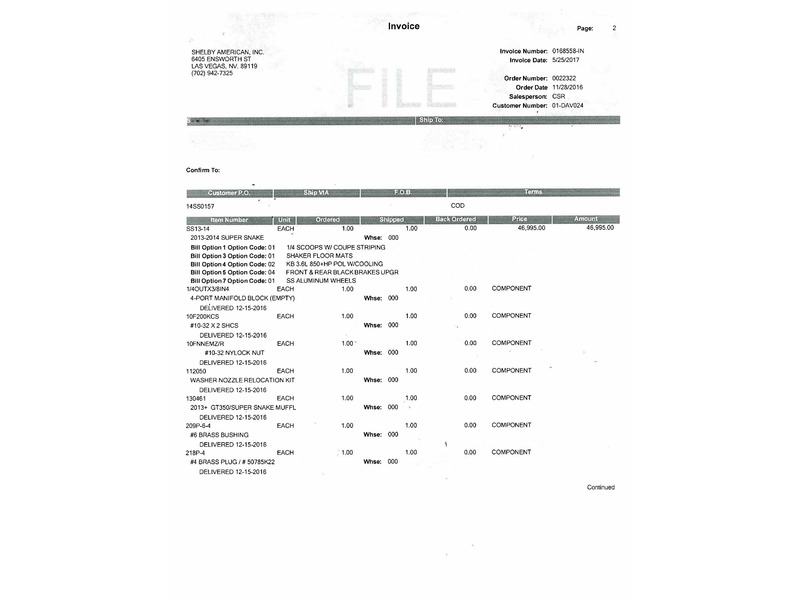 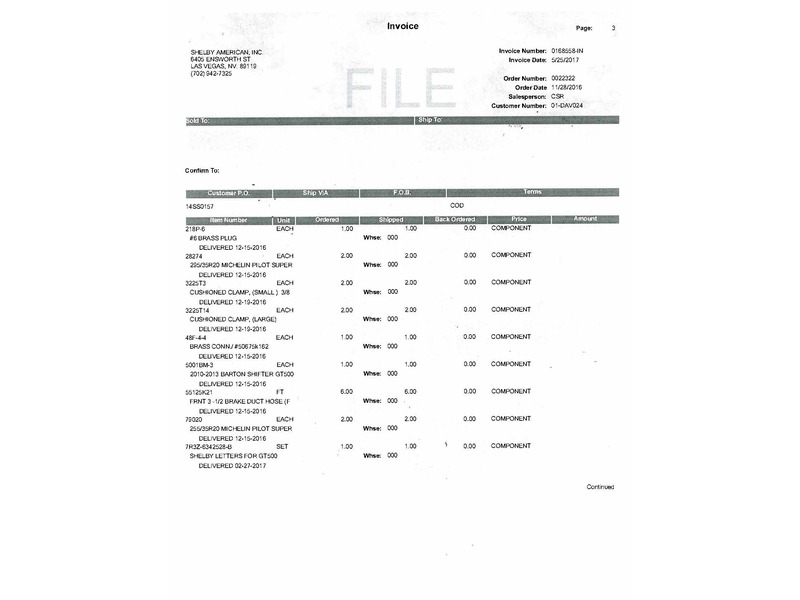 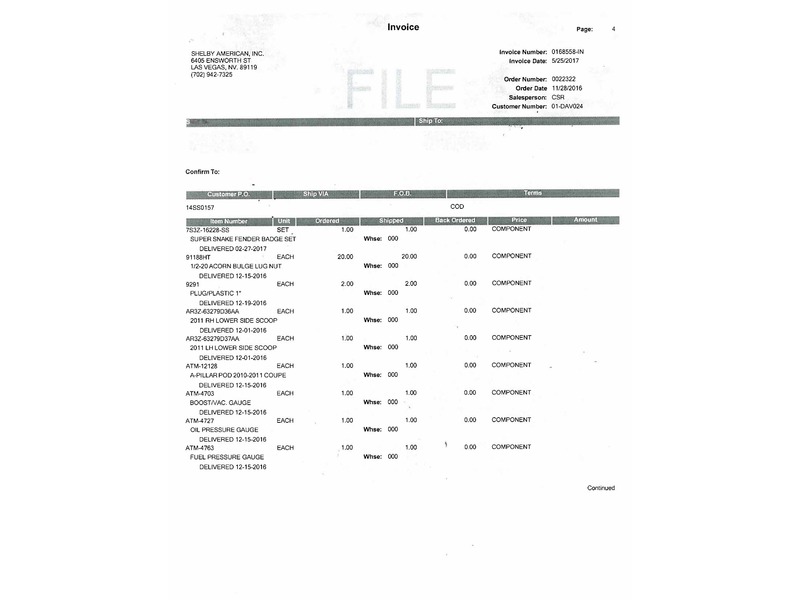 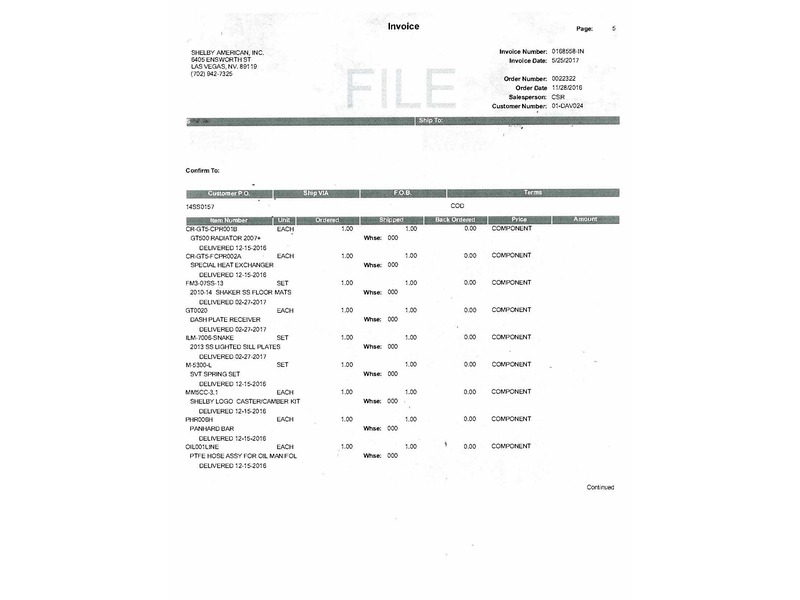 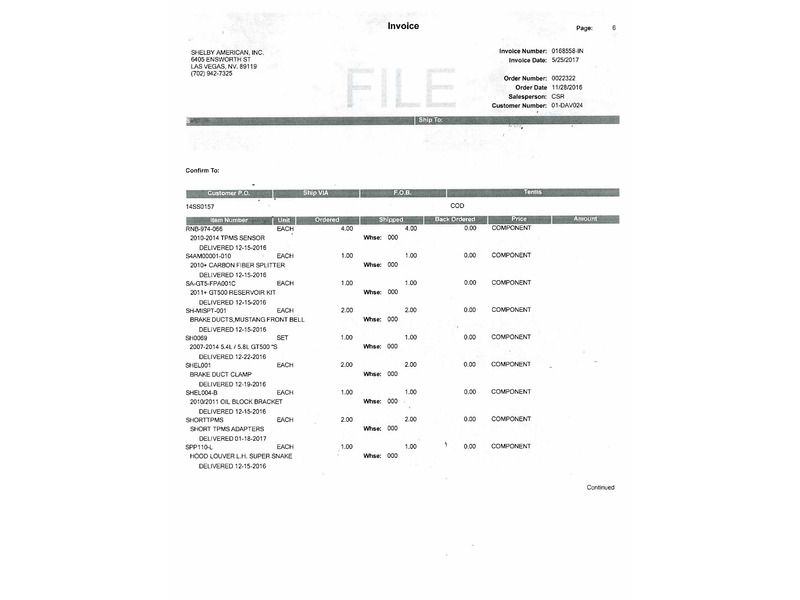 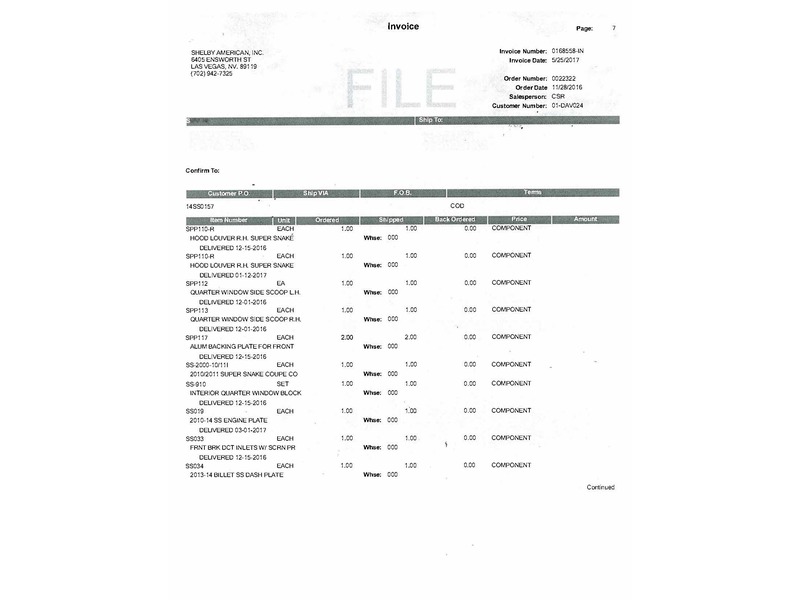 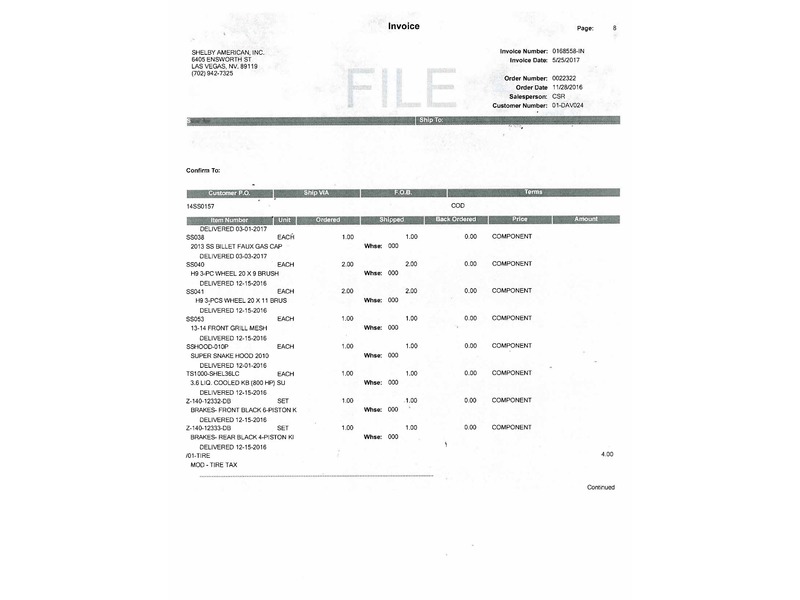 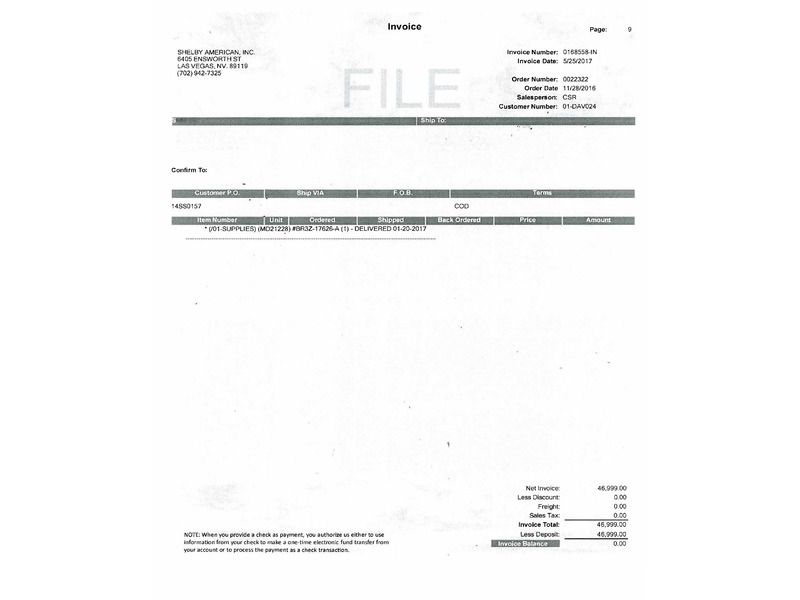 This 2014 Shelby GT500 Super Snake in Ruby Red, is the last of the big bore breed. At 5.8 liters, it is the largest displacement GT500 produced since the famed Cobra Jet powered Shelbys of the late 60's.

The GT500 was purchased new by the current owner in December of 2014. The Super Snake package was installed by Shelby American Inc. and completed in May of 2017. As of this writing, there are 975 miles showing on the odometer.*

The Kenne Bell/Shelby supercharged 850 HP engine is mated with a six speed manual transmission. The power to the pavement is smooth and predictable but, since this is a 200+ mph Super Snake, it takes some skill to keep it under control while accelerating through the gears.

Like all late model Super Snakes, this one is loaded with Shelby options. A majority of the original Ford performance parts have been upgraded to Shelby standards, including interior, exterior, engine compartment and undercarriage components. Included with the pictures, you'll find copies of the window sticker and original Shelby invoice detailing the Shelby components installed.

2013 and 2014 Shelby Super Snakes are rare, especially one in this condition. Own a car that’s sure to appreciate! The vehicle is located in Maryland, close to Washington DC and available for a pre-purchase inspection.

*Please note that the car will go through a required annual emissions check shortly, which will add a few more miles to the clock.